My work as a freelance illustrator has ranged from children’s book illustrations to commercial advertising art.

I’ve had the opportunity to work on some amazing projects over the years. My work as a graphic designer helped open the door to some of my first projects. At Metro Newspapers I was a Production Manager for several local community newspapers. My boss was very supportive of my illustration work. I got to do illustrations for various coupon books, editorial layouts, dining sections as well as supplementary illustration for special issues. After 6 years of working and illustrating, I decided to pursue a full time freelance career.

From there, I was able to work on Graphic Design projects as well as whatever illustration projects I was asked to do. My small freelance job has been viable since 1997, and it incorporated in 2004. I now have over 8 employees helping with design work and website design.

One of the coolest illustration projects I got to do was for the Children’s Discovery Museum in San Jose. I was asked to illustrate and design a character that would encourage girls to pursue careers in engineering and science. Being that the museum is in Silicon Valley, it was super appropriate for the target audience. The character, Elena, was used in a full museum interactive display and was included in Museum curriculum, signage and an interactive game. It was amazing to see one of my characters come to life – and – I really mean to life! She was cut out and made into kid sized cutouts.

The internet has certainly opened up many doors that would have never been opened. Who would have thought I’d get to design a point of sale display and artwork for a Jamaican Rum that is produced in Estonia? Almost all my projects are done over the internet without even meeting clients face-t0-face. Sketches are sent over the internet, discussions over Skype and the entire proof process is typically done online with a browser. Even final files are sent digitally these days.

My experience running my design firm, LunaGraphica, has certainly helped sharpen my technical skills. My files are tight, clean, and ready for press. All technical specs are followed to the letter. 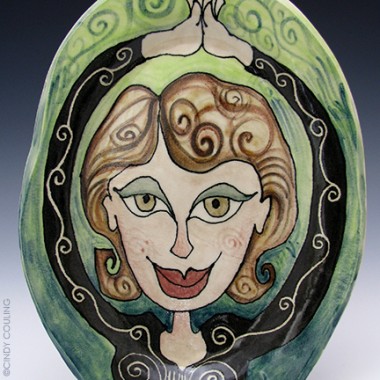 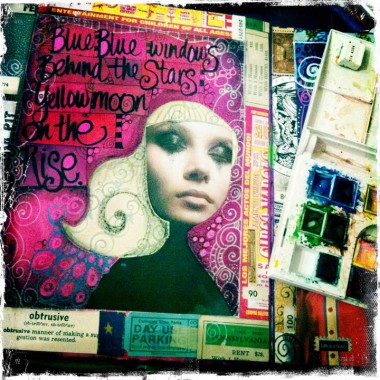 Find My Art on Etsy